By admin on July 25, 2016Comments Off on 2 day bus strike in Bengaluru, schools and colleges closed

Share on Facebook Follow on Facebook Add to Google+ Connect on Linked in Subscribe by Email Print This Post
A transport strike held in Bengaluru on Sunday will continue for two more days.
It affected more than 1.23 lakh workers.The Transport services were stopped in several parts of the city on Sunday. The strike was called by BMTC, KSRTC, NEKRTC and NWKRTC. 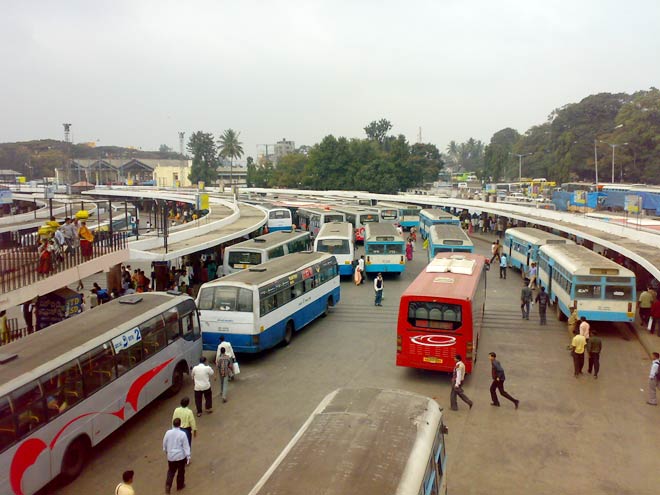 During the strike more than 23,000 KSRTC, BMTC and regional RTC buses were bring to halt.The holiday for schools and colleges was proclaimed by Chief Minister on Monday and Tuesday. Schools will be closed for two days in Bengaluru Urban district while in Rural district they will remain closed on Monday.

Minister Ramalinga Reddy said they have roped in 30,000 private buses and 80,000 maxi-cabs for commuting in the city. We have the provision of imposing Esma (Essential Services Maintenance Act), but refrained because we want to settle the issue amicably,” Ramalinga Reddy added.

The frequency of Autorickshaws and cabs will be increased in the state depending on passenger demand.

BMRC’s chief public relations officer UA Vasanth Rao said the Metro will run every five minutes from the current six during peak hours, if if there is a huge rush.

Transport commissioner Rame Gowda said, “We’ve asked Tamil Nadu, Telangana, Andhra Pradesh, Kerala, Maharashtra and other states to deploy as many buses as possible.” The department has asked enforcement officers to allow private buses and maxi-cabs to pick up passengers from designated bus stops and also along the way, and and function like BMTC.

2 day bus strike in Bengaluru, schools and colleges closed added by admin on July 25, 2016
View all posts by admin →