2nd PUC results will be out by May 1st week

The II Pre-University (PU) exam results will be announced by the first week of May.

A release from the Department of Pre-University Education on Tuesday said the evaluation process is nearing completion. 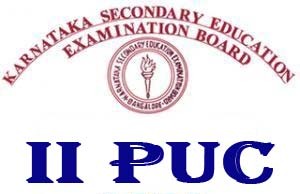 The Common Entrance Test is scheduled to be held on April 29 and 30.

Director Sushama Godbole appealed to students and parents to not pay heed to baseless rumours and assured them of fair and proper valuation process.

Two exams were postponed from March 17 to March 28 following bandh calls in some districts after the death of IAS officer D.K. Ravi.

The DPUE also announced grace marks for attempting certain questions in two exams after complaints of some being confusing or wrong.