By admin on April 8, 2014Comments Off on 3 Bangalore projects win Nasa prize

Space City Bangalore, home to Isro and other aerospace organizations, has some reason to celebrate. Three projects by students 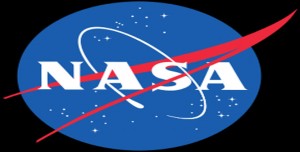 of a school in K R Puram in East Bangalore have bagged prizes in Nasa’s Space Settlement Contest-2014.

Of these, one project — ‘NEA ZOI’ — by two class eight kids Ayush Basavesh and R Jyothi Kishore secured the worldwide second prize, while 32 students, part of two other teams, saw their projects ‘Astraeus’ and ‘Kalpavruksha’ win the eighth and ninth prizes respectively.

These projects are among the 84 projects which secured prizes in the contest, which had over 1,000 global entries.

The boys from Bangalore belong to Chaitanya Techno School which bagged a record 13 prizes, won by 55 students. According to Nasa, students from the school’s Andhra Pradesh branch secured the other prizes.

The winning teams will go to Los Angeles to receive the awards and will get a chance to participate in a Nasa seminar.

Since its inception in 1994, the Space Settlement Contest has given thousands of students the opportunity to conceive their own space settlement design using their skills in art, science, technology, engineering, and mathematics.

On its website, Nasa said: “All entries are judged in a single day. In addition to the prestige that comes with winning the contest, winners are invited by contest founder and organizer Al Globus to visit Nasa Ames Research Center in Mountain View, California.”

The second prize was secured by projects ‘Dhruv Antariksh’ by G Rutwik, ‘Phoenix’ by V Dushyanth, ‘Terrestrial Twin’ by Vamsi Krishna, ‘NEA ZOI’ by Ayush Basavesh and R Jyothi Kishore, and ‘Path To The Future’ by B Rajith, G Jaya Teja and N Srilalith.

“The Nasa Space Settlement Contest has continued to benefit the global public for almost twenty years… Educational materials are provided for students around the world at little to no cost, much of it consisting of public domain content available online. The opportunity to participate in the contest has enabled students to become involved in their own projects and in STEM (Science, Technology, Engineering, Mathematics) pursuits,” Nasa said.

It adds that for many students, it’s a life-altering experience. “Numerous participants have cited the Nasa Space Settlement Contest as having inspired them to pursue careers in the STEM fields,” the agency said.