By admin on May 19, 2014Comments Off on 4 Medical colleges in Karnataka denied permission to admit students 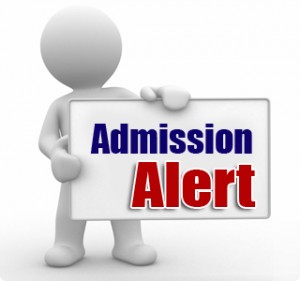 The MCI had earlier denied approval for admissions to 100 enhanced seats in the Bangalore Medical College and Research Institute (BMCRI) citing non-compliance of its directions to improve infrastructure.

The MCI had said there was 29 per cent shortage of faculty members in the Gulbarga ESIC Medical College. The Union Labour Ministry would have to give an undertaking to the MCI that it would comply with all its conditions and seek approval for admissions this year, the Minister said.

According to information available with the State government, the three private colleges have very little time since the MCI would have to give approval for admissions by July 15. The colleges should comply with all the conditions and approach the MCI for a second inspection by then.

Dr. Patil said the government had initiated measures to comply with the conditions imposed by the MCI for seeking approval for admissions to 100 seats in the BMRCI that were enhanced last year. The MCI had said the BMCRI had failed get infrastructure such as auditorium and other buildings constructed. The State government had released Rs. 117 crore for constructing the auditorium and other buildings on the BMCRI campus, Dr. Patil said.

After the inspection, the MCI would take a decision on allowing the State government to admit 150 students each in the six colleges. The government had released Rs. 15 crore for providing equipment for the six colleges for starting MBBS course this year.

4 Medical colleges in Karnataka denied permission to admit students added by admin on May 19, 2014
View all posts by admin →