By admin on March 25, 2017Comments Off on 5000 more seats for PG courses in Medical Colleges from this year 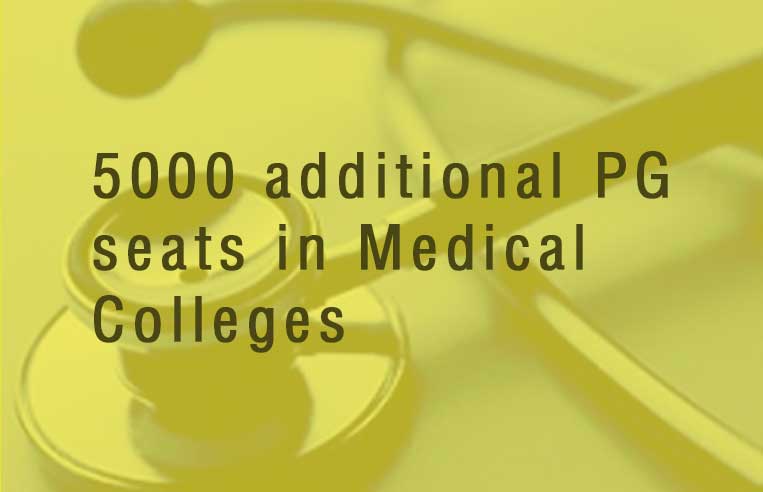 The Lok Sabha was today informed that  as many as 5,000 additional post- graduate (PG) seats have been created in medical institutions in the country and the budget allocation for the health sector in the coming fiscal has been increased by 28 per cent. Health Minister J P Nadda said that various steps have been taken by the government to improve the health sector in the country.

He added that the Centre has been offering help to the states in order to improve infrastructure and institutions in the health sector besides providing financial support, but the states have to spend the funds properly and submit the utilisation certificates.

Doctors to be appointed in rural areas:

The central government will provide the financial support after which the state governments have to take initiatives for appointing enough doctors in the rural areas.

Responding to another question, the Minister said there was no specific norm for performing surgeries. However, in emergency cases, such surgeries are performed immediately on priority in central government hospitals and institutions.

5000 more seats for PG courses in Medical Colleges from this year added by admin on March 25, 2017
View all posts by admin →