Share on Facebook Follow on Facebook Add to Google+ Connect on Linked in Subscribe by Email Print This Post
The Std 10  – SSLC results for Karnataka State were announced today around 12:30 am.
The minister for primary and secondary education, Kimmane Ratnakar, at a press conference held at the office of the examination board at here this afternoon, declared the results at a press conferance held for the same purpose.
The pass percentage this year  is 81.19 percent. Out of which Girls,  85.46%  have outshone boys 77% as always. Chikkody has again topped the state with a pass percentage of 91.70 percent. Sirsi district has been placed second, while Belgaum has secured the third place. Bidar , with a pass percentage of 72.35 percent, has been placed at the bottom. The result this time is better than that of last year, the minister added.
17 schools in the state have earned the dubious distinction of earning zero percent result. 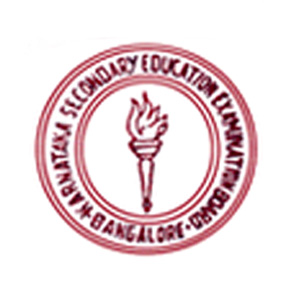 SSLC examinations were held this year between March 28 and April 9. Valuation work was undertaken from April 19 onwards in 314 valuation centres. Around 6,400 teachers were engaged in the work of valuation.
The rank holder for the state is a girl, NITHYA SURABHI B A  (from Marimallappa’s High School, Mysore) securing  622 out of a total of 625.
Out of 8,26,269 students who had applied for the examination, 8,13,498 had appeared.

The overall pass percentage of fresh candidates stands at 85.37 per cent, an increase from last year’s 82.84 per cent.

The pass percentage of repeaters is 40.85 per cent and 13.7 per cent for private candidates.

May 28 will be the last date for the students to apply for revaluation of the papers.
Under the list prepared by taking into account quality education (high marks), Bangalore (north) district has been placed first, followed by Bangalore (south) and Mangalore in second and third spots. Mysore, Belgaum and Bagalkot have taken the fourth to sixth spots under this category.