By admin on April 10, 2014Comments Off on ‘Approve Direct BDS Admissions’ – HC 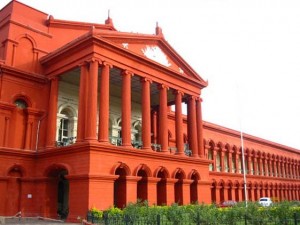 candidates who were directly admitted for Bachelor of Dental Surgery (BDS) without holding any entrance examinations for 2012-13.

Justice Anand Byrareddy was hearing a petition filed by Srinija Daasari and others. Justice Byrareddy directed RGUHS to approve admissions of eligible candidates who were admitted without any entrance examinations, and said that there were more seats available for BDS than the applications filed by students. He further said that in such a scenario, conducting entrance examination was not necessary.

During the 2012-13 academic year, several BDS seats were left unfilled after the process of entrance examinations by the government and COMED-K. Thereafter the professional institutions had admitted eligible students for BDS without conducting entrance exams. However, RGUHS had not approved their admissions, prompting such candidates to approach the high court.

‘No Change in Seat Sharing’

The High Court on Thursday quashed the state government stand demanding allocation of all seats in polytechnic colleges for providing increased grant-in-aid. Justice Anand Byrareddy, while hearing a petition filed by various colleges in the state challenging the government order,  allowed the petition and said the seat sharing of 80 per cent under government quota and 20 per cent under management quota shall prevail.

The colleges had sought 100 per cent aid. The government while agreeing to increase aid had also stated that all seats in the colleges must come under government quota.

The colleges had approached the HC to quash the government order and not change the seat sharing arrangement.

The High Court on Wednesday issued notices to the State government and CBI in connection with a petition filed by one Munireddy alleging that retired IGP K C Ramamurthy had encroached land near Hennur.

The petitioner contended that Ramamurthy had duplicated the documents and illegally acquired the land which was reserved to form a layout and sought a CBI inquiry into the case.