By admin on October 23, 2014Comments Off on Develop a Government school and have it named after you!

For those who want to do a very good deed and have thier names inscribes on Government Schools in Karnataka, it’s a dream come true…

The government proposes to formulate a new policy to raise funds to improve infrastructure in such schools. 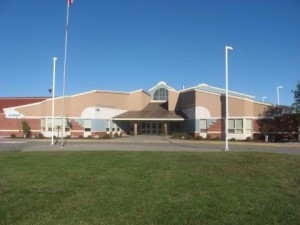 The government requires at least Rs 6,000 crore to shore up facilities in 50,000 schools.

As per a draft policy, any person living in Karnataka, or one from the state staying abroad, can have a village school named after herself, her parents or relatives. Even a company can do so. The donor will have to pay one third of the cost of building infrastructure in a school.

To tap corporate social responsibility funds for the upkeep and development of government schools, primary and secondary education minister Kimmane Rathnakar has held meetings with over 30 corporates, including Intel, Toyota and ABB. He promised to offer incentives, including tax deductions.

Commissioner for public instruction Mohammed Mohsin told TOI the proposal has received an overwhelming response from corporates. “We have received some good suggestions. We will incorporate them and come out with a policy soon,” he said.

NRI entrepreneur K S Ramakrishna, who wants to name a government school in Manvi taluk of Raichur district after his father, a retired school teacher, says: “This is the need of the hour as most rural government schools are in a shambles. I am sure NRIs will contribute immensely to the development of the schools.”

Education experts say the scheme will benefit both the government and the people. While the government will use the money to improve infrastructure, corporates and individuals can feel proud by having schools named after them. Even alumni can avail of the new policy. A source in the state education department told TOI the government has so far received more than 300 enquiries about the policy.

Develop a Government school and have it named after you! added by admin on October 23, 2014
View all posts by admin →