By admin on July 7, 2014Comments Off on Engineering students may have to pay ‘Extra Fees’

Engineering Students may have to cough-up the ‘extra fee’ this year too.
Going by the websites of some Engineering colleges, the fee payable is more than the fee stipulated by the Government 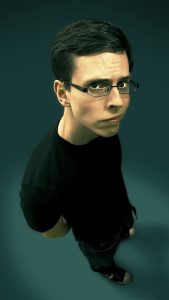 A few engineering colleges announced the extra fees after a circular was issued by a One-man Committee appointed to look into the complaints regarding Common Entrance Test (CET) admissions. The tuition fee that CET students pay is `36,090/41,590 for BE courses.

The Karnataka State Professional Colleges Admission Monitoring Committee, headed by former Karnataka University vice-chancellor S K Saidapur, asked the colleges to notify the students about the ‘compulsory’ and the ‘optional’ fees. The circular states that “colleges shall not insist on payment of optional fees”.

Speaking to Express, Minister for Higher Education R V Deshpande said, “While students are bound to pay the CET fees, there are some fees that are legitimate such as admission fee or sports fee. If the colleges charge anything extra, the One-man Committee will act.”

However, there is no clarity on the fees that colleges are permitted to collect.

“We will have to see what fees the colleges are collecting,” Deshpande added requesting the students to file complaints with the Committee if they are charged exorbitantly.

The Global Academy of Technology, run by the National Education Foundation whose chairman is Energy Minister D K Shivakumar, is charging a compulsory fee of `28,850 with no optional fee. This includes `2,000 each for admission and stationery, `5,000 for personality development or pre-placement training, `100 for legal expenses and a refundable `5,000 as caution money deposit.

Sapthagiri College of Engineering has asked the students to pay `18,000 at the time of admission including a refundable caution deposit of `3,000.

Students at The Siddaganga Institute of Technology will have to pay `22,755 during admission. The institute is run by Sree Siddaganga Education Society where Karnataka Pradesh Congress Committee president G Parameshwara is a member. The admission fee includes `4,000 for general amenities and campus upkeep and `2,000 for industry-institute interaction, bridge course, remedial classes and lectures by experts.

The admission fee for CET students at Bangalore Institute of Technology is `14,950. R V College of Engineering is charging an admission fee of `23,600. Students at The Tontadarya College of Engineering have to pay `10,430 and `50 as Teacher’s Day Flag fees. The R N S Institute of Technology has clubbed the flag fees with Visvesvaraya Technological University fees amounting to `3,505.

A few colleges have hiked the extra fee probably because the government refused to hike the tuition fee for CET students for two years in a row.

However, Deshpande is against this. “The government has given the Committee full support. If there are complaints where where he (Saidapur) cannot take action, they can be referred to the government,” he said.

Students may visit www.kspcamc.org to file complaints or call 23344255.

“However, We do not entertain complaints on pharma, agriculture and Ayush courses,” Saidapur said.

Engineering students may have to pay ‘Extra Fees’ added by admin on July 7, 2014
View all posts by admin →