By admin on February 18, 2015Comments Off on For CBSE Schools, Feb 21 will be Mother Tongue Day

In an attempt to give a boost to all Indian languages, the Central Board of Secondary Education (CBSE) has decided to celebrate February 21 as Mother Tongue Day. 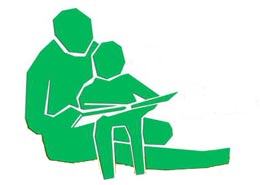 The Board has advised schools to organise day-long competitions such as song recitation, creative writing, debate, elocution, general knowledge contests on mother tongue, translation of any literary passage into mother tongue, and exhibition of posters on language diversity of India and its rich heritage.

It has said that year-long activities or programmes could be initiated in order to promote the importance of mother tongue and preserve all Indian languages.

It has also asked for short video clippings and photographs to be mailed to the regional offices.Meanwhile, the State government, which is making all efforts to save the State government’s 1994 language policy — which states that the medium of instruction should be the child’s mother tongue or regional language in upper primary classes — has not initiated any such programme.

The aim is to promote the importance of mother tongue and preserve all Indian languages.

For CBSE Schools, Feb 21 will be Mother Tongue Day added by admin on February 18, 2015
View all posts by admin →