By admin on April 9, 2014Comments Off on From a Driver to a CA, everyone gets a share of the great poll pie

General elections in the country mean an economy flush with liquid cash. This time around, financial experts estimate nearly Rs 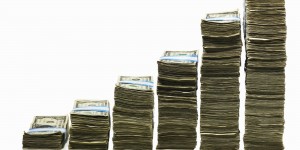 30,000 crore is being pumped into the system — and all of it is being spent. Call it a spend-fest if you will, but this is a boon to numerous professions and trades — including videographers and cameramen, content writers, caterers, transporters, pandal decorators, small-town printers, or even the mechanics who keep campaign vehicles fighting fit.

Amal Kumar Maiti, proprietor JMJL Art, Chitpur, Kolkata, wouldn’t make it to the pages of a newspaper on a normal day. But these aren’t normal times. This printer in Kolkata’s old quarters doesn’t have time to breathe. Six four-colour offset printing machines Maiti has acquired churn out poll material round the clock. “Our hands are full,” he says wiping the sweat off his brow. “We expect good business. Orders are pouring in.” There’s little room in his shop to walk, cramped with the new machines and packed cartons of campaign material he’s printed for a Trinamool candidate. “This was my fi rst bulk order, there’s more in the pipeline,” he informs. “Business has jumped eight times at least.”

The EC’s order to record every rally and roadshow has meant a boom in business for videographers — at least 400 of whom have been engaged for Mumbai’s six LS constituencies. Santosh Jaitapkar supervises 150 cameras. The Lalbaug-based videographer says, “The collector’s offi ce contracts vendors who outsource projects. For 400 videographers, that many cameras were bought.” Even with so many on the job, it’s a race against time.

Demand for chartered accountants is up, especially with EC asking parties to submit copies of audited annual accounts with auditors’ reports for fi nancial year March 31 before October 30 each year. “CAs are in demand. Our professionals are assisting parties and candidates with fi ling of documents to the poll panel,” ICAI president K Raghu said.

Cut-out maker Sahadeb Dhara too struggles to meet deadlines. The workload is crushing, he says, operating out of a one-room outlet on Kolkata’s Central Avenue. Shyamal Chandra Basu, secretary Bengal’s printers association says many workers from Bihar, Jharkhand go home during the election, the season when they’re fl ooded with orders. “If you print leaflets, you must print at least 10 lakh at a go. Not easy. Orders have jumped fi ve-fold now.”

In a city like Pune, industry sources say, each printer makes a minimum profi t of Rs 20 lakh in poll season. “Demand for fl ags, badges etc have grown exponentially,” says Girish Murudkar, one of the busiest in the campaign-material trade. He hires extra tailors and painters to meet orders.

Data analytics help candidates focus on segments that pay maximum dividends, says Kenny Ramanand, founder Springboard. “We tell them which booths delivered in the past, where the defeat margins were narrow and the potential for change,” he says, currently working with six candidates. Similarly, Simplify360 has trawled over 35 crore social-media election conversations in the last three months and mapped them on four parameters — awareness, spread, prominence and favourability.

Karnataka Learning Partnership, a tech non-profi t startup dealing with education demographics, has provided reports on primary education to nearly 140 candidates in all 28 constituencies. “Many have little understanding on the composition of public schooling system in their seats,” Ashok Kamath, co-founder of KLP says.

Arun Kumar Nag, secretary of Bengal decorators’ nodal body shares hard fi gures. “EC alone spends close to Rs 50 crore on stages and acoustics,” he says. In Bengal, he estimates, core campaign spending alone will easily cross Rs 29 crore. In the weeks before polls, the decorators’ body is eyeing business worth Rs 80 crore to Rs 90 crore. “These are offi cial estimates,” he clarifi es. “Unoffi cial numbers will be many times over.”

Poll propaganda needs a giant workforce, not least in the shape of support staff. In Bhopal, Ajay Agrawal of Sheela Admakers talks of how “election vehicles need a man to operate the LCD, a driver and a helper. Such poll vehicles criss-cross the state: each with its own staff.” The elections are a boon for roadside tea and food sellers. A tea stall owner near Pune’s Congress headquarters wants elections to be conducted more frequently. His daily sale of “cutting chai” has climbed to 1,500-1,800 daily from mere 200 cups.

From a Driver to a CA, everyone gets a share of the great poll pie added by admin on April 9, 2014
View all posts by admin →