By admin on April 12, 2014Comments Off on Graduation Day at Army Institute of Fashion and Design held today 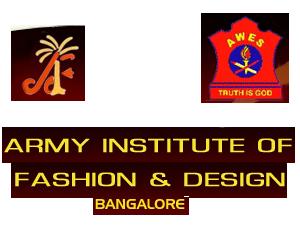 Madras Engineer Group and Centre Auditorium in Bangalore on Friday.

The Ninth batch of students from Post Graduate Diploma in Fashion Design and sixth batch of BSC, Fashion & Apparel Design (FAD) was presented their design created on a theme for each collection. The design was judged in two categories i.e. Best Designer wear and Best Creative wear. Another award was given to the best outgoing student.The Best Designer Award was presented to Salaka Saini; the Best Creation Award was given to Ashwathy Unnikrishnan. The best outgoing student trophy for the year 2014 was presented to Pooja Karki.The Chief of the Army Staff rolling Trophy for the best all round student for the year 2010-2013 was presented to Mahima Singh.

Graduation Day at Army Institute of Fashion and Design held today added by admin on April 12, 2014
View all posts by admin →