By admin on November 25, 2016Comments Off on Great Lakes Institute of Management, Gurgaon Hosts its annual management fest ‘Crest 6.0’

Gurgaon, 24th November, 2016: Great Lakes Institute of Management, a premier B School in the country hosted its two day Annual Management Fest ‘Crest- 6.0’. The sixth edition of the Crest was based on the theme ‘The Colosseum – Arena for Business Gladiators’, to celebrate the Business Acumen of the Gladiators.  The event saw participation of students teams from top business schools across the country including schools like IIM – K, MDI, Gurgaon, FMS Delhi, IMI, Delhi and Fore School of Management who competed in events testing their business skills and acumen. 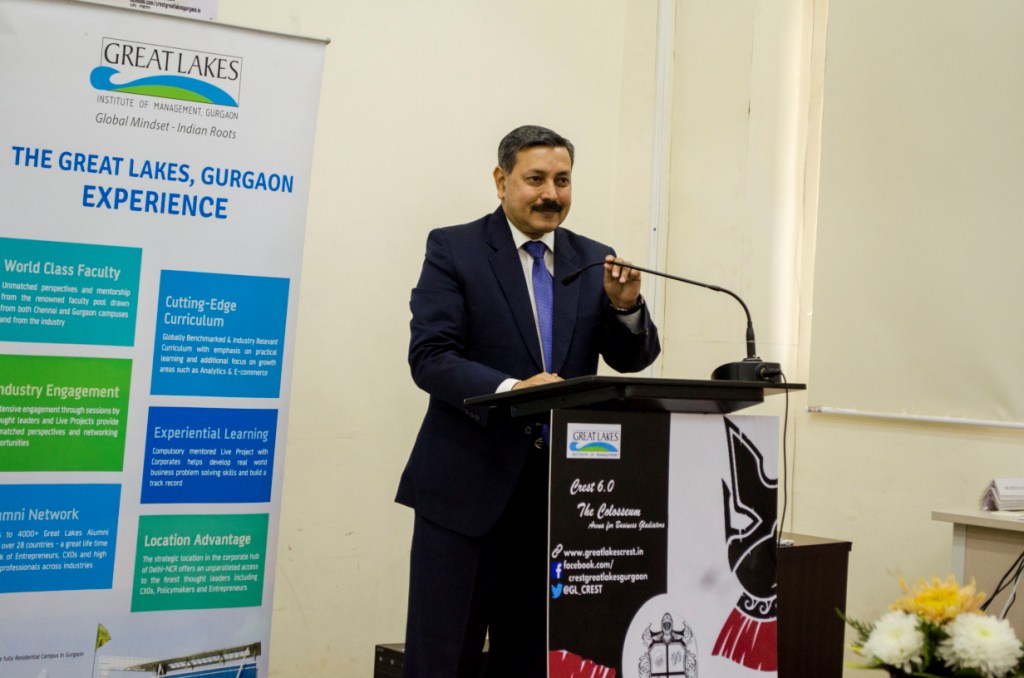 mentioned about how technology is changing the world and is impacting the growth. He emphasized that being technologically updated could be the key to many successful business models. He said, “The moment technology is democratized, it reaches the common man”. Coming from the Oil and Gas Industry, Mr. Prabhat also threw some light on the scope of new startups in the field. He concluded by highlighting that “any organization should be nimble, agile and adaptive to thrive in this industry.”

The flagship event of CREST 6.0 was the event called ‘Rise of B- Empire’ – Each participating team had to present their business plans in details, that is, feasibility of their business and the ROI of their business, further explaining about their industry, target groups, targeted market size and market shares. The team from SIBM Pune won the first prize and the teams from IIM – K and MDI, Gurgaon were the runners up.

This was followed by the event called as ‘Gift of Gab’ –here, the students had to work in teams to discuss their views on the given topic and had to put them forward to build a holistic discussion. The event had – Mr. Sourindra Bhowmick – Director, Xperia Consulting as one of the judges. Winners of the event were Fighters Team from Great Lakes, Gurgaon. Runner ups were from Clickers team also from Great Lakes, Gurgaon

The finale event of CREST 6.0 was “SIGN OF THE TREASURE” which had 19 teams participating in it. Participants displayed great enthusiasm and teamwork to collect clues and discover the ultimate treasure hidden around the campus.

“Crest 6.0 concluded on a great note. It was enthralling to witness such a vast talent pool comprising of budding managers and entrepreneurs. All the students had put their best foot forward to win the various competitive events that were planned and executed by Great Lakes students under the mentorship of Great Lakes faculty.  All faculty provided exceptional mentorship to make CREST a success”, expressed Dr. Preeti Goyal, Head of Student affairs and faculty at Great Lakes.

Overall the two day fest was a great success. CREST 6.0 witnessed participation from management students from various prestigious institutes across the country. At the closing ceremony all the participants were awarded and encouraged to be a winner in every phase of life.