By admin on April 11, 2014Comments Off on HC Seeks Reply on Seat-sharing 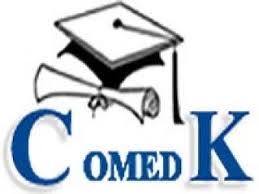 The issue relates to admitting students to the Doctor of Medicine course only through management quota and not under government quota.

A Division Bench of Justices K L Manjunath and Ravi Malimuth was hearing a petition filed by Raghavendra and 64 other students alleging that the institutions made admissions only under management quota.

The petitioners contended that the government had directed the COMED-K to reserve 33 per cent of seats under government quota, deemed universities 25 per cent, and Karnataka Religious and Linguistic Minority Professional Colleges Association 20 per cent. But these institutions ignored the order.

The Karnataka Examinations Authority had issued notices to these institutions, but none had taken the notice seriously, the petition said. The state sought time to file its objections, but the court directed it to reply on Friday and adjourned the case.

HC Seeks Reply on Seat-sharing added by admin on April 11, 2014
View all posts by admin →