By admin on July 18, 2016Comments Off on Indian Students Make Country Proud at Global Aerospace Competition

Team Astral of UPES (University of Petroleum and Energy Studies), grabbed first position in Europe and Asia at the 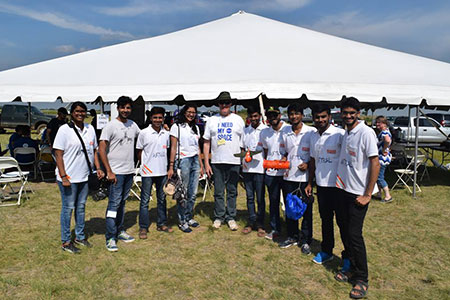 recently concluded CanSat Competition 2016. CanSat is an annual design-build-fly competition with space related themes organized by American Astronautical Society (AAS) and American Institute of Aeronautics and Astronautics (AIAA). 73 teams from across the world participated in the competition this year, held at Burkett, Texas, USA.

CanSat 2016 mission was to simulate a sensor payload traveling through a planetary atmosphere sampling the atmospheric composition during flight. The overall CanSat system is composed of two primary components, a glider and a re-entry container that protects the glider during ascent. Team Astral comprising of students from Aerospace Engineering, Mechatronics Engineering, Electronics Engineering, Material Science Engineering, Computer Science Engineering and Design Studies perfectly demonstrated the working of their CanSat system as per stated guidelines and were appreciated by officials of AAS, AIAA and NASA. NASA Jet Propulsion Laboratory (NASA JPL) is an annual sponsor to the competition and is involved in evaluation process as well. 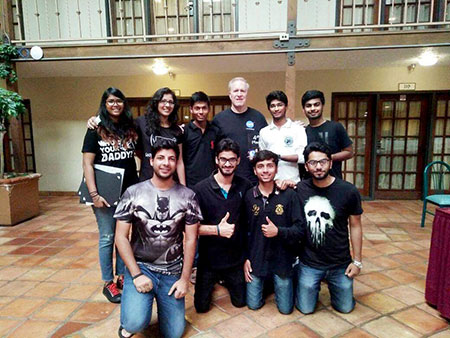 The CanSat Competition is a design-build-fly competition that provides teams from across the Globe with an opportunity to experience the design life-cycle of an aerospace system. The competition is designed to reflect a typical program on a small scale and includes all aspects from the preliminary design review to post mission review. The mission and its requirements are planned to reflect various aspects of real world missions including telemetry requirements, communications, and autonomous operations. Each team is scored throughout the competition on real-world deliverables such as schedules, design review presentations, and demonstration flights. A team has to design and fabricate the Mission Statement provided by the Competition and finally launch it at the competition site.

About UPES:
University of Petroleum and Energy Studies (UPES) was established in the year 2003 through UPES Act, 2003 of the State Legislature of Uttarakhand. UPES is recognized by University Grants Commission (UGC) under Section 2(f) of the UGC Act, 1956 and accredited by National Assessment and Accreditation Council (NAAC).UPES offers 87 graduate and post graduate courses in the high-growth sectors like oil and gas, power, infrastructure, information technology, transportation, electronics, high technology, design, business, planning and architecture, public policy, legal studies and more. BBA, MBA, B Tech, M Tech, B Des, M Des, LLB, LLM, B Plan, M Plan, MA and many more are offered under these schools and colleges. Because of its multi disciplinary courses, UPES graduates are a preferred choice for the companies. UPES has maintained a consistent placement track record of 85% placements year on year. This demonstrates UPES’ commitment, quality of students, and the holistic approach of its dedicated faculty.