MCI not to allow admissions to six medical colleges

By admin on June 9, 2014Comments Off on MCI not to allow admissions to six medical colleges

Medical Education Minister Sharanprakash Patil has expressed concern over the reported decision by the Medical Council of India (MCI) to deny approval for admissions in six new government colleges for the academic year 2014–15. 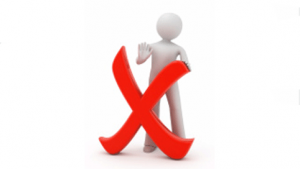 Dr. Patil told The Hindu that no official announcement had been received, but the reports from New Delhi were “disturbing”.

He said the government had sought permission to admit 150 students each in the six colleges at Gulbarga, Gadag, Karwar, Koppal, Kodagu and Chamarajanagar. The MCI team had already inspected the facilities to start the MBBS course at the Gulbarga, Koppal and Chamarajanagar colleges.

He said that he apprised Union Health and Family Welfare Minister Harsh Vardhan about the matter during a courtesy call a few days ago. Dr. Patil added that the MCI had not yet given permission to admit students to the ESIC Medical College in Gulbarga.

According to the MCI website, the decision to deny approval for admissions to the ESIC Medical College in Bangalore has not been reversed. The Union government submitted the compliance report to the MCI and sought its permission to allow admissions to 100 seats for 2014–15 in the Bangalore ESIC college. The MCI has also rejected the proposal submitted by Sri Radhakrishna Education Trust to establish a medical college at Muddenehalli in Ramanagaram.

‘Will take up the issue’

“I will take up the issue of allowing admissions to the six new government medical colleges with the MCI and the Union Health Minister. I will also take up the matter of giving approval for admissions to 100 enhanced seats in the Bangalore Medical College and Research Institute (BMCRI).”

The MCI had rejected the application of the BMCRI to extend permission for admission to 100 enhanced seats for the year 2014–15 year, stating non-compliance with conditions to increase infrastructure.

Dr. Patil said the government had released the required funds to take up construction work at the BMCRI.

The Minister said he would be leaving for New Delhi with senior officials to take up the issue.

MCI not to allow admissions to six medical colleges added by admin on June 9, 2014
View all posts by admin →