By admin on April 26, 2014Comments Off on Professional Courses Fees/Seats remain unchanged

Seat quotas and fees  allotted through CET will remain unchanged this academic year. A huge relief for students taking up the Common Entrance 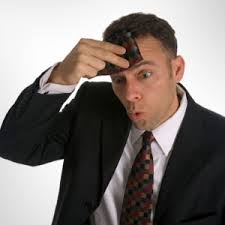 Private professional college managements have agreed to sign an agreement with the state government to go by last year’s fee structure and seat matrix.

The colleges took the decision on Thursday at a meeting called by the Karnataka Unaided Private Engineering Colleges Association (KUPECA).

A meeting called by the state government had remained inconclusive on Tuesday. The managements met on Thursday and took the decision to go with the fee structure and seat matrix of CET 2013.

M K Panduranga Setty, secretary of KUPECA, told reporters after the meeting, “We have to understand the government’s position. They cannot implement the 2006 Act now because they are short of time. We have unanimously decided to sign the consensual agreement without demanding a fee hike or increase in seats.”

With this, the drama between the state government and private professional college managements, heightened since January, has reached a denouement. Now that the confusion is cleared, candidates aspiring to join undergraduate professional courses can write their CET in peace.

Meanwhile, Panduranga Setty, said the government had agreed to implement the 2006 Act from next year with the necessary amendments and would not pressure institutions any more. “There is a case pending in the High Court, and the state government will give a clarification about the agreement,” he said.

The government had announced in the Assembly that it would implement the Karnataka Professional Educational Institutions (Regulation of Admission and Determination of Fee) Act, 2006 from the academic year 2014-15.

When the process was initiated, it drew flak from students and parents, and Chief Minister Siddaramaiah stopped its implementation. The government met the managements several times, but they refused to sign an agreement. They demanded a fee hike for engineering courses. On Wednesday, the managements agreed to sign the agreement and maintain status quo.

The Karnataka Examinations Authority has dispatched the hall tickets for the CET scheduled on May 1, 2 and 3. Candidates can collect them from their colleges.