By admin on October 30, 2014Comments Off on Schools want English & not Kannada as Medium of Instruction

A recent Supreme Court verdict  struck down a Karnataka government’s order imposing Kannada language as the medium of instruction in all primary schools, saying it violated the fundamental rights, and now schools have ammunition to fight for English as a medium and not 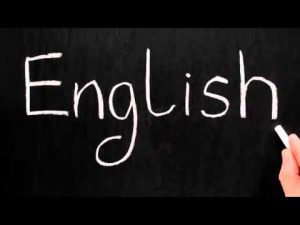 Around 5,000 schools across the state have applied for ‘conversion’ from Kannada medium to English medium. The schools are flooding their request letters as October 31 is the last date for it.

Karnataka State Minority Educational Management Federation, an umbrella of managements of all the religious minorities (Muslims, Christians, Sikh, Jains and Buddhist run institutions) as well as linguistic minorities (Telugu, Tamil, Hindi, Urdu and so on) has forwarded the applications. Its chairman CR Mohammed Imtiaz said that they have around 3,600 schools in the state of whom 2,100 were functioning in Bangalore itself. “As the deadline is approaching, we have been sending the proposals to be English medium.

With the Supreme Court verdict, the government has no option but to allow to legal functioning as English medium schools.” Meanwhile, Federation of Karnataka Unaided schools association vice-president Srikantappa said, “We all want to officially go for English-medium schools from the next academic year. It is the usual practice that we need to apply for the next year by October 31. So, we have asked our 1,000 member-schools to apply and many of them have already applied. We hope to send a clear message to the parents by doing this.”

The schools which were permitted after 1994 had to run Kannada medium from class one to four/five and then teach English medium. When Basavaraj Horatti was the Primary and Secondary Education Minister, he had ordered a list of all such schools which were teaching English medium instead of Kannada medium. Later, the issue reached Supreme Court where the verdict was in favour of the schools. So, the schools are in a dilemma as those teaching English are considered illegal and hence they want it to be legalised and this is the reason why this year there is a flood of applications for the ‘conversion’. Karnataka Associated Managements of English Medium Schools (KAMS) general secretary D Shashi Kumar added, “During all our meetings, we have been requesting all the school managements to apply for English medium. If the education department acts, then we can soon expect good news.”

When contacted, Primary and Secondary Education Principal Secretary Rajkumar Khatri said, “The issue of medium of instruction is a policy issue and the Chief Minister will soon convene a meeting regarding this.”

Schools want English & not Kannada as Medium of Instruction added by admin on October 30, 2014
View all posts by admin →