By admin on April 8, 2014Comments Off on Why more women in India give GMAT a skip

Too few women are applying for the GMAT examination in India for pursuing courses like masters in finance, accountancy or an MBA, according to 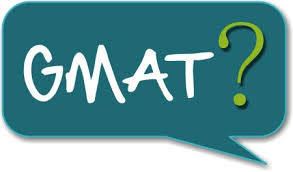 data shared exclusively with ET by Graduate Management Admission Council (GMAC), administrator of the GMAT test. The number of GMAT women test takers in India has risen by a mere 2% since 2009. In 2009, 76% male Indian citizens applied for the test compared with 24% women. In 2013, the figures stood at 74% males versus 26% women test takers.

The average age for females was around 25 for Indian citizens against about 22 in China. A critical factor cited for younger GMAT test takers in China was their financial ability to pay for such costs. Major funding in China came from contributions from parents and grandparents. Chinese women younger than 24 expected to finance more than half of their education with help from their parents compared to Indian women who expected their parents to fund 29% of the education. Indian women, on the other hand, expected to finance a major share of their education through loans, grants, fellowships, and scholarships.

Some 61% Chinese women felt applying for GMAT would increase job opportunities compared with 49% in India.

However, Indian women rated the exam and masters courses highly for a sense of personal satisfaction and achievement at 55% compared to 43% in China. 59% Indian women also considered it to be a platform for developing their leadership and managerial skills compared to 43% and 45% respectively for women in China.

VK Menon, director for admissions, financial aid and careers at ISB, says the Indian environment for entrance exams is different from China. “India has developed its own environment for exams which has numerous tests for selection across diverse streams.

Earlier, MBA was straight jacketed, but with institutions being open to other streams apart from engineering, there is a growing demand from corporates for women MBAs,” he says.

Why more women in India give GMAT a skip added by admin on April 8, 2014
View all posts by admin →