As a part of the Union budget 2014 which was announced by Finance Minister Arun Jaitley, Rs 500 crore has been allotted for 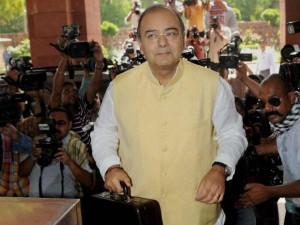 The IITs are to be established in the cities like Jammu & Kashmir, Chattisgarh, Goa, Andhra Pradesh and Kerala adding to the list of already existing 16 IITs across the country.

IIMs, on the other hand, are to be set up in Himachal Pradesh, Punjab, Bihar, Odisha and Maharashtra. As a result, the total number of IIMs will reach 18. The four AIIMS are to be established in Andhra Pradesh, West Bengal, Vidarbha and Purvanchal.

President Pranak Mukherjee, in his first session of the 16th Lok Sabha also had laid a stress on the government’s plan to bring in new IITs and IIMs.

As per the budget, FTII Pune and SRFTI Kolkata will be given the status of ‘Institutes of National Importance’. Besides, Lok Nayak National Centre for Higher Education and Madan Mohan Malviya Scheme for Teacher Training will also be formed.