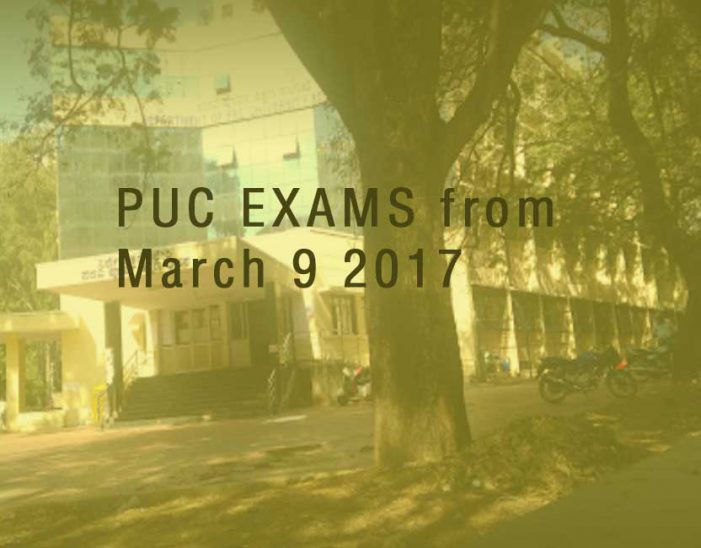 Karnataka II PUC exams 2017: The Department of Pre-University Education, Karnataka has released the date sheet for the II PUC examinations that will be conducted this month. Students can download the date sheet from the official website (pue.kar.nic.in) or see the time table given below. The exams for students of class 12 will begin from […]

The Karnataka PUC Board has released a tentative time-table for the final examinations to be held between March 9th and March 27th 2017 Any objections / suggestions can be conveyed to the Joint Director Exams befor the 30th of November 2016. Date: Nov 3, 2016

PUC Results may be delayed

The second year PU results could be delayed. Though State Primary and Secondary Education Minister Kimmane Rathnakar had announced that results would be out on time, he said on Sunday, “Even in the past, results were announced only after the first week of May.” He furnished the dates of results of exams held since 1973 […]