By admin on May 6, 2016Comments Off on ICSE Results 2016 declared this afternoon, toppers and pass precentages

The ICSE Class 10 results 2016 were declared Friday afternoon at 3 pm and the list of toppers is already out. It is 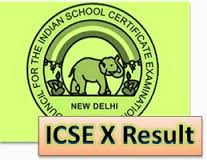 without a doubt that the students have worked hard and their astounding results prove it.

The ICSE Class 10 topper this year is Abhineet Parichay with an aggregate score of a whopping 99.2%. He hails from Bolangiri.

The pass percentage for ICSE Class-10 2016 is 98.5 per cent. This year, it is the southern region which has performed the best in the ICSE 2016 exams, while the North and East regions are the ones lagging behind.

Once again, girls have outperformed boys in the metric examinations although overall, the pass percentage has gone up by 0.1 per cent as compared to 2015 results.

ICSE Results 2016 declared this afternoon, toppers and pass precentages added by admin on May 6, 2016
View all posts by admin →