By admin on March 4, 2017Comments Off on Over 500 medical students admission cancelled by MCI, asked to re-write NEET 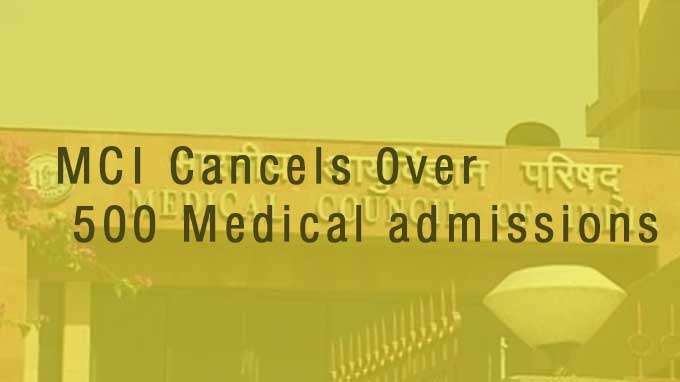 A large number of medical students have been asked to leave the MBBS programme and attempt NEET again.

As the Medical education regulator Medical Council of India (MCI) recently cancelled the admission of 519 MBBS students enrolled in 17 colleges who have been attending classes from last three months, a state of devastation has rose among medical aspirants.

Here’s what the MCI notice read:

Further, as reported in HT, KK Aggarwal said, “While scrutinising the admissions process, we found that 17 colleges in three states have given direct admission to 519 students in violation of the SC order.”

Meanwhile, reports suggest that, this is the first time when large numbers of students have been asked to leave the MBBS programme.

“MCI should initiate strict action against the colleges for playing with the careers of hundreds of students and maligning the medical profession,” KK Aggarwal adds.

Over 500 medical students admission cancelled by MCI, asked to re-write NEET added by admin on March 4, 2017
View all posts by admin →