The Supreme Court has directed the State government not to insist on a domicile certificate of ten years from post-graduate medical aspirants. 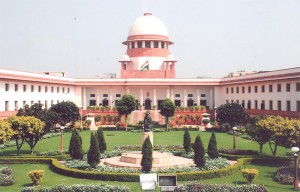 Following a petition filed by some of the candidates questioning the State government’s decision on mandatory submission of domicile certificate, the Supreme Court passed the direction on Friday. The same was communicated to the State government on Saturday.

As per the direction, the government must allow all candidates who have completed MBBS course in any medical college in Karnataka to take up the post-graduate entrance exam. They will be eligible to get PG medical seat even under the government quota. Confirming this to Express, a senior official of the Medical Education Department said, “We have received the communication and we need to go by that.”

The department is now finalising the counselling schedule for the selection of PG medical seats and it will be announced by Monday.

■ Deadline to complete the entire seat selection process has been extended for a month. As per the Medical Council of India guidelines, the process must be completed by May 31, but the SC has permitted the government to complete it by June 30

state govt had made it mandatory

This year, considering the interest of state students, the government had made it mandatory to submit domicile certificate for ten years to be eligible for PG medical seats under government quota. This was challenged by some aspirants and the Supreme Court has ruled in their favour. Meanwhile, COMED-K had completed its first round of counselling.

SC – Don’t insist on Domicile from PG Medical applicants added by admin on April 27, 2014
View all posts by admin →