The schools appealed to the HC, that the state governments conditions on them are ultimately going to affect the fees that students pay sharply. 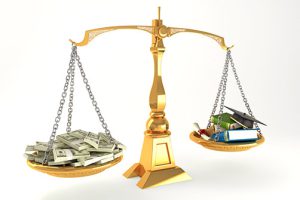 Schools tell HC new government conditions, including one acre land in management’s name, will cost them a bomb; HC extends deadline for applications to December 5

Each middle-budget school student will have to shell out a whopping Rs 6,843 per month as school fees if the new state government notification on registering new schools has to be adhered to. With the notification-specified deadline for submitting applications to the state government for registering new schools ending on November 29 (Saturday), an association of school managements, on Friday, told the High Court that it would result in a substantial increase in the running costs of the schools. However, they stopped short of saying that they will be forced to impose this fee structure on the students.

Not just the new schools, but even hundreds of existing schools which were denied registration as English-medium schools by the state government due to its language policy, now have to get registered now and will have to fulfil the criteria mentioned in the notification. With the Supreme Court giving choice of medium to parents, the state has to register these English medium schools now, for which the deadline fixed for applications was November 29.

In their petition before the High Court, challenging the state government’s November 11 notification, the Associated Managements of Government Recognised English Medium Schools in Karnataka (abbreviated as KAMS) have claimed that for running a ‘middle-budget school,’ it would cost Rs 27,37,450 per month or about Rs 6,843 per student per month (for a school with 400 students).

The November 11 notification fixed the revised registration fee for schools. Apart from the registration fee – ranging from Rs 25,000 to Rs 1,00,000, depending on whether it is primary, mid-secondary, secondary or high school (see box 1) – the schools have to pay a processing fee between Rs 10,000 and Rs 20,000 and asecurity deposit ranging between Rs 1 lakh and Rs 10 lakh. Again, separate security deposits have been specified for primary, middle and high school to be placed in a joint account of the management and government.

But the minimum requirement of land, room size and other infrastructure has many schools scurrying for cover.

After hearing the petition by KAMS, Justice AS Bopanna extended the deadline for receiving the applications from the schools for English medium primary schools to December 5.The court said the other conditions will be subject to the court’s decision on the petition and that the government should not insist on these until then. Last week, the HC had ordered in the case of the Modern English School that application for English medium primary school should be accepted.

The November 11 notification does not mention English-medium schools. In the case of KAMS, around 200 schools affiliated to it have approached the court. The schools see

the government notification as an attempt to deny them permission to run English medium schools although the courts – including a Supreme Court constitutional bench – have ruled that the state cannot impose the medium of education on students.

October 31 was the deadline for schools to change their medium of instructions. But on November 11, the government came up with the new order which virtually ruled out English medium schools.

In a related case on Friday, another school approached the High Court alleging that the education department had denied registration of VIVIII Standard English medium on the grounds that the other conditions (apart from the registration fee) were not being fulfilled.

The court ordered that the school’s application be accepted.During the arguments in this case, the advocate representing the school said it would be better if the state government took over the running of all schools instead of harassing the school managements.

School fees could go up sharply if state’s new conditions on them are applied added by admin on December 1, 2014
View all posts by admin →