Living up to it’s reputation once again, Super 30 of mathematician Anand Kumar has excelled in JEE (advanced) results which was declared on Thursday with 27 out of its 30 students, all from under-privileged background cracking the exam.

Among the successful ,this year, are children 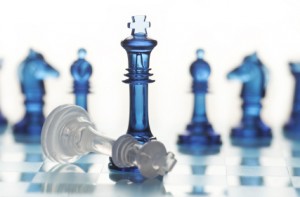 of cobblers, roadside vendors and grocers.
With tears in his eyes, Sunil son of a daily wager from Sanda who qualified for IIT said “what Anand Sir is doing for the poor is something only messiah can do.I will try to follow in his footsteps.”
Dhananjay Kumar’s grocer father due to poverty wanted him to sit in the shop. Determined to study, he would save money while purchasing vegetables from wholesale market to purchase books and study during free time.
Passion drove him to steal Rs 50 to purchase application form of Super 30 and the rest is history.
Misfortune struck Mani Ram Singh, a boy from Bijnaru in Uttar Pradesh whose farm labourer father could not afford treatment of paralytic strike.
“I knew there was not much I could do for my physical disability, but still I wanted to study. However, continuing education was a big ask as I could not think of going beyond a local government school,” he said.
Sudhir from Nalanda district, too, recalls, how he used to sit with his cobbler father to help him.
“One day, I polished shoes of a man and when I asked for money, he abused me and walked away. I was angry but my father told me to calm down and said that the best way to take revenge was to acquire real power through education,”he said.
Experiencing acute poverty in his student days, which prevented him from going to Cambridge University for higher education, Anand Kumar made his life a mission to help wards of humble background of his Super 30 realise their dreams.
Launched in 2001, 308 students from Super 30 have made it to IIT out of 360 who appeared from the institution so far, a statement from Super 30 said.
Super 3o has been featured in Discovery channel, Al Zajeera, NHK (Japan), French TV, Chinese TV, Miss Norieka Fujiwara .
Date: 19/6/2014
Source: Bangalor Mirror