The Bangalore University’s 49th annual convocation would be held on/around  May 20, 22 or 24. 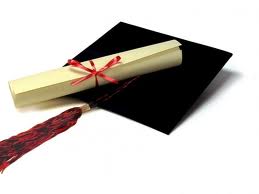 Earlier the convocation, which was to be held on April 28, was postponed as the chief guest Dr C Rangarajan, Chairman of the Prime Minister’s Economic Advisory Council, could not attend due to personal problems, BU authorities said.

“We will announce a fresh date after discussion with Chancellor H R  Bhardwaj. Former Supreme Court judge Justice Rajendra Babu has accepted our invitation to be the chief guest,” said BU Vice-chancellor Dr B Thimme Gowda.

Usually, the convocation is held in February/March. Even last year, it was held in July due to the delay in appointing a Vice-chancellor.

Bangalore University Convocation this month added by admin on May 4, 2014
View all posts by admin →

One Response to "Bangalore University Convocation this month"